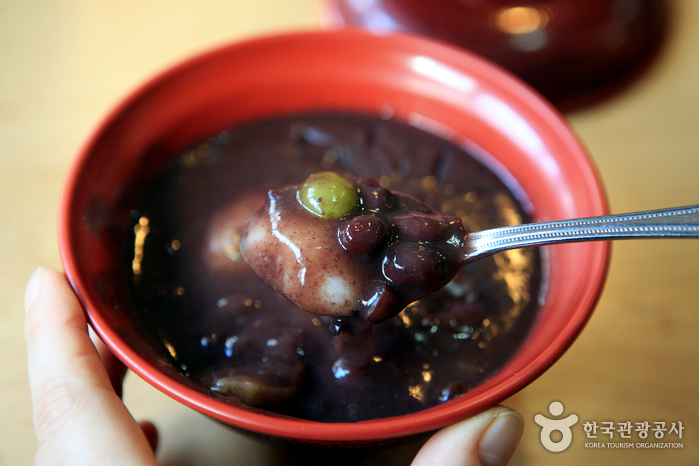 The delicious sweet red-bean soup called “Danpatjuk” in Korean at “The Second Best in Seoul” has always been an all time favorite since it opened in 1976. Not only the exterior but also the interior is very simple and modest similar to a teahouse in the 70’s. This does not keep people from coming back because the unforgettable taste of the Sweet Red-bean Soup keeps people coming back to this place. “The Second Best in Seoul” was originally opened as a teahouse for traditional Korean medicinal teas; sweet red-bean soup being one of their main specialties on their menu list. But, nowadays, the sweet red-bean soup has become the most popular menu item. Sweet Red-bean Soup can be enjoyed as a light meal because it fills you up quickly. In addition, chestnuts, gingko nuts, red beans, and glutinous rice cake in the thick red-bean soup provide good nutrition. TIP: The name is very special, right? “The Second Best in Seoul” was named by their modest mind of making food with utmost sincerity.