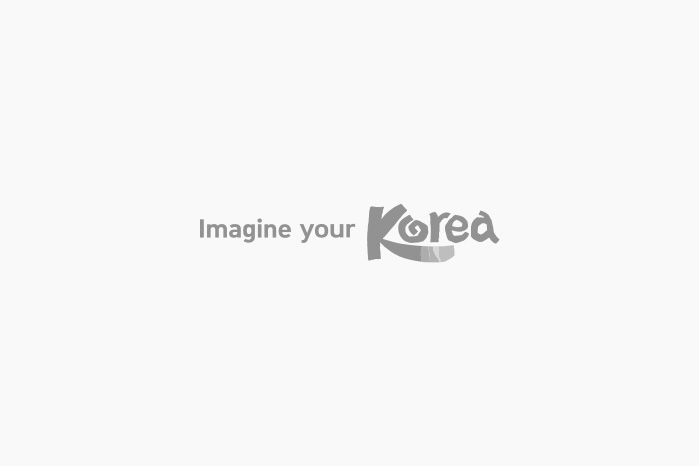 The Chinese restaurant Bonjooroo is owned by Im Ho, who played the king in the popular Korean drama The Great Janggeum. In the Jewel in the Palace, he was known for commenting on Janggeum’s food - “This is really delicious” or “How is this made?” Now, he has become a restaurant entrepreneur himself, specializing in Chinese food. The term Bongjooroo refers to a space through which a phoenix can enter or leave freely. In this context, it is a place where people can come to enjoy good food and have a good time. Unlike other Chinese restaurants, it is divided into two spaces – one serves original Chinese food while the one below is a bar called ‘Ppaucheo (빠우처),’ which offers fusion Chinese dishes and liquor. The bar, open in the evening and into the wee hours of the morning, is very popular as it serves fusion dishes and liquor at affordable prices. There is a stage for a live music in one corner, making it a great place to visit with friends. During the day, the lunch specials are quite popular. The A special includes crab meat soup, palbochae (sauteed mixed seafood), prawns in chili sauce, beef and vegetables, fried rice or noodles, and fruit – all for 20,000 won. Specials B and C include other choices and are a bit more expensive. Bongjooroo’s décor is striking. The entrance leading to the basement is lined with reproductions of the terracotta soldiers of the First Chinese Emperor Qin Shi Huang, while the interior is reminiscent of a reception hall for the ancient royal family. Most eye-catching are the huge yellow light fixtures and the red interior. People say it is even better to go in the evening.