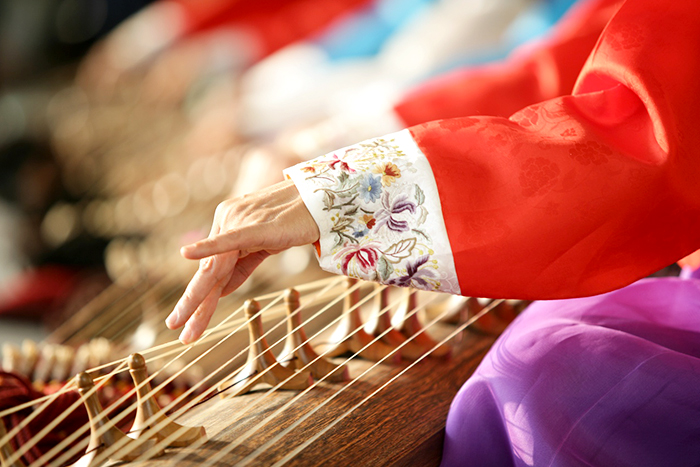 Koreans have the unique characteristic of lyrical sensibility, using music to express their emotions. Traditional Korean music can be divided into music listened to by the royal family and by the commoners, each differing greatly in style.

Jongmyo Jeryeak, royal ancestral ritual music, the representative royal court music played during ancestral rites of Joseon kings, was solumn and splendid. In contrast, the commoners who wished to overcome difficulties of the working class usually sang folk songs and pansori, a traditional Korean music that narrates a themed story. With a distinct, inimitable sound, rhythm, and singing technique, pansori was designated as a Masterpiece of the Oral and Intangible Heritage of Humanity by the UNESCO.

This page was last updated on September 7, 2021, and therefore information may differ from what is presented here.